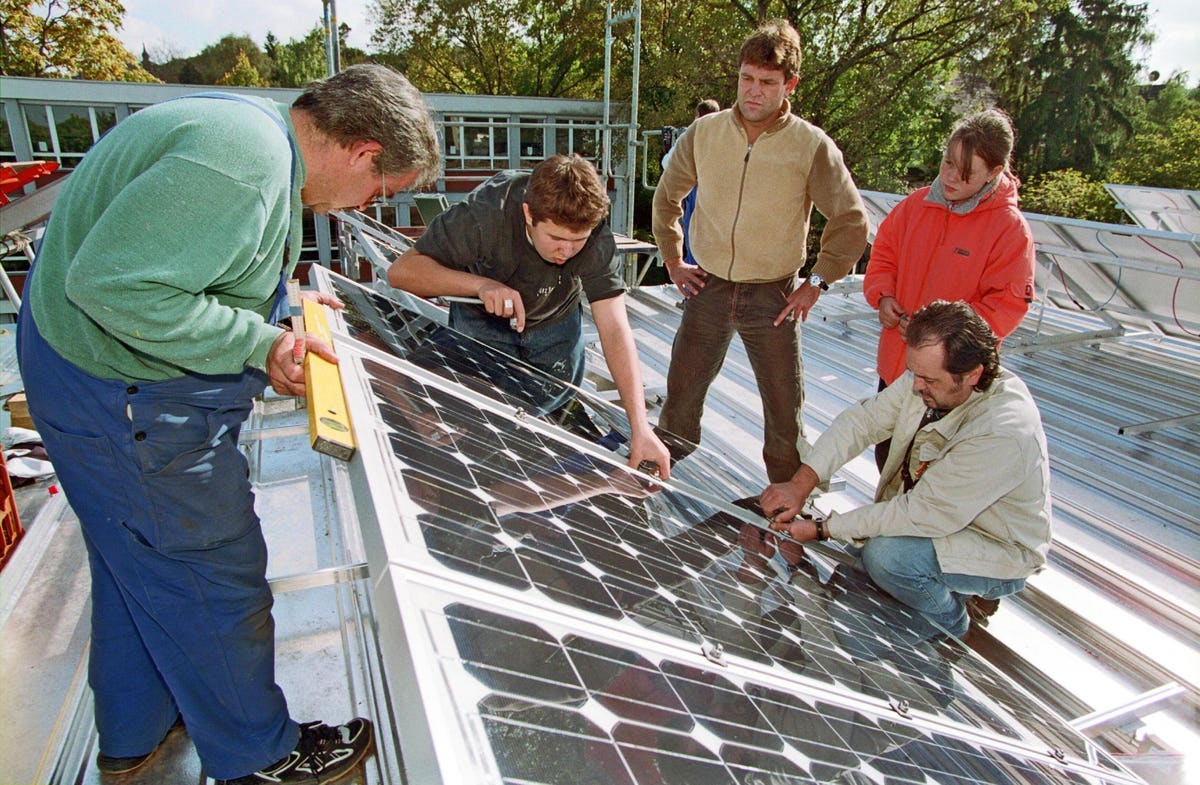 Dr Joshua M. Pearce is the Thompson Chair in Information Technology and Innovation at Western University in Canada. He has written hundreds of articles on solar energy and earned a doctorate. in Materials Engineering from Pennsylvania State University for his work on low-cost solar cells. Pearce is the co-author with Lonny Grafman of the free and open source eBook To Catch the Sun, a guide to building your own solar PV systems.

I recently emailed him about building your own solar system, Biden’s climate goals, and the way forward to green the grid.

Solar and wind power are already often the cheapest generators of electricity and when they offset fossil fuels, they help reduce our greenhouse gas emissions. Big business – think of Google, Apple, Ikea and Walmart, etc. – invest heavily in renewable energies – to partly contribute to greenhouse gas emissions, but really to earn more money. Even small businesses and homeowners can join in on the action when they start to consider solar photovoltaic (PV) technology as an investment. A solid, low risk investment over 25 years.

Biden’s goal is to generate 44% of the country’s electricity using the sun by 2050. Is this achievable?

This goal is technically well within reach and the ROI is there, but people need to update their mental images of solar. The prices of solar power have fallen so recently that all the old assumptions about them are just plain wrong. The electricity grid is rapidly evolving into a distributed system where we will all be both consumers and producers of electricity – and as ownership of electric vehicles continues to increase, we may even offset costly electrical storage for the grid.

What is the current solar energy market in the United States and Canada, and are government incentives needed to accelerate these renewables?

It is actually cost effective to install solar power pretty much anywhere in the United States and Canada today. We did a careful study of every utility, tariff structure, and potential solar system in cold, cloudy Michigan, and found that everyone in Michigan would benefit from installing solar power. Things are obviously even better for solar in Hawaii.

Even more non-intuitively, we discovered that you could cost-effectively electrify heating with a combination of heat pumps and solar PV panels in Michigan and Ontario. Solar actually subsidizes electrification. Government incentives are not necessary, but can still be a good idea to speed up adoption. For solar electrification of heating, for example, homeowners would earn a higher return on investment than they get on their bank accounts or bonds, but no more than their average stock return. Solar on its own gives you higher returns and even double digit numbers are possible depending on solar flux locations and utility tariffs.

Excellent point! There are a few things that are holding the United States back in its solar potential. Many electric utilities have started treating their customers as market competitors and are actively trying to prevent them from installing solar power. They manipulated the pricing structures and, in some of the worst cases, simply refused distributed generation to connect to the grid. This is the exact opposite of what they should be doing to reduce costs for all customers while greening the network. In the United States, the value of solar electricity produced from rooftop solar power is much higher than what utilities pay for it.

Treating customer solar power as a threat is an archaic way of thinking – and utilities run the risk that homeowners and small businesses will simply fail the grid to produce solar power cheaply for them – same. Smart utilities will work with their customers (for example, by financing solar power for them, for example as part of a rooftop rental program) to reduce costs for everyone while solarizing the grid.

US solar regulations are also a mess. This is clear when you look at the total installed costs of solar power in Germany compared to the United States. Germany has higher labor rates and yet their solar installation costs are much lower than the United States. If we had national standards like Germany, it would be much easier to scale up solar power and reduce costs even more.

All of this has slowed the adoption of solar power in the United States.

Your book To Catch the Sun is about building your own solar panel system. It sounds complicated. How does DIY solar work?

Starting small with DIY solar and putting together a basic solar system is actually pretty easy and I would go so far as to say fun. To catch the sun Take you step-by-step with easy-to-understand mini-spreadsheets and transparent calculations. You start by choosing the electrical loads you want to use for solar power – maybe a little smartphone all the way to your house. You then determine how much power and energy you’ll need to cover the load, whether it’s AC / DC or both, and whether or not you need storage. Then our spreadsheets help you calculate the materials you need and the diagrams show you how to put it all together.

For small systems, you can do it all yourself. Making a DIY little solar system is just one step in the complexity of the Lego building instructions. For larger systems, for example to power your home, you will still need to obtain a permit in most areas and have an electrician make your last connection to the grid.

What are the challenges and rewards of building your own solar system and then using it?

I think the biggest challenge for most people to do DIY solar system is simply the lack of electrical knowledge. Electricity is a kind of black box magic for many people. I still think electricity is magic, but we open the box in the book by explaining all the terms in everyday language. We also share many examples of people around the world building their own systems – to hopefully get across the idea that “you can do it too”. For small systems, let’s say you want to make solar powered security lighting – it’s really easy. For systems that interact with the network, learning and following the regulations in your area is the most difficult part, as each utility and jurisdiction often has its own rules. For these systems you need a professional for the final connection.

Many people experience a great sense of accomplishment in creating solar systems on their own. They also save a lot of money and can often have power for applications that would be impossible or prohibitively expensive to do otherwise. To help people do that – we’re literally giving the book away for free – anyone can get a free digital copy HERE. You can also get it in pocket format from your favorite bookseller and all proceeds go to the Appropedia Foundation to ensure the content is always free and up to date.

Poorer communities are strained by energy costs. Can building solar energy yourself help?

Absolutely yes. Building your own system drastically reduces the cost of solar so that it can be accessible to people with very little access to capital.

How much money can a person save by building and installing their own solar panels?

It is quite easy to reduce the cost of electricity with a DIY photovoltaic system.

Let me give you two examples. Let’s say you’re looking to use solar power to power an electrical device that you currently power with disposable batteries. The best deal on Amazon is currently around $ 0.40 per battery. Disposable batteries provide only a paltry amount of power, so the cost is $ 152.38 per kWh! In the United States, the average cost of grid electricity is approximately $ 0.14 per kWh. So if you can plug your device in, this is the way to go. You can also build a small DIY solar system for the same device and power it for just $ 0.05 per kWh. So if you replace the grid electricity with DIY solar power for your device you will save a lot of money and if you make a system to replace the batteries you really wipe out the cost.

Let’s say you want to power something bigger like your house. Solar energy systems are quoted on a cost in $ per watt (a unit of power). In the United States, most homeowner systems cost around $ 3 / W installed and you might need 4 kW (4000 W). This is a total cost of $ 12,000. You can buy a kit that includes everything for $ 1.75 / W and do it yourself or buy the individual components and drop the cost well below $ 1.50 / W, which saves you over $ 6,000. It is now quite common to see individual solar PV modules selling for less than 50 cents a watt and bargains for less than 25 cents a watt. Ultimately, DIY will cut the cost of your installed solar system by at least half.