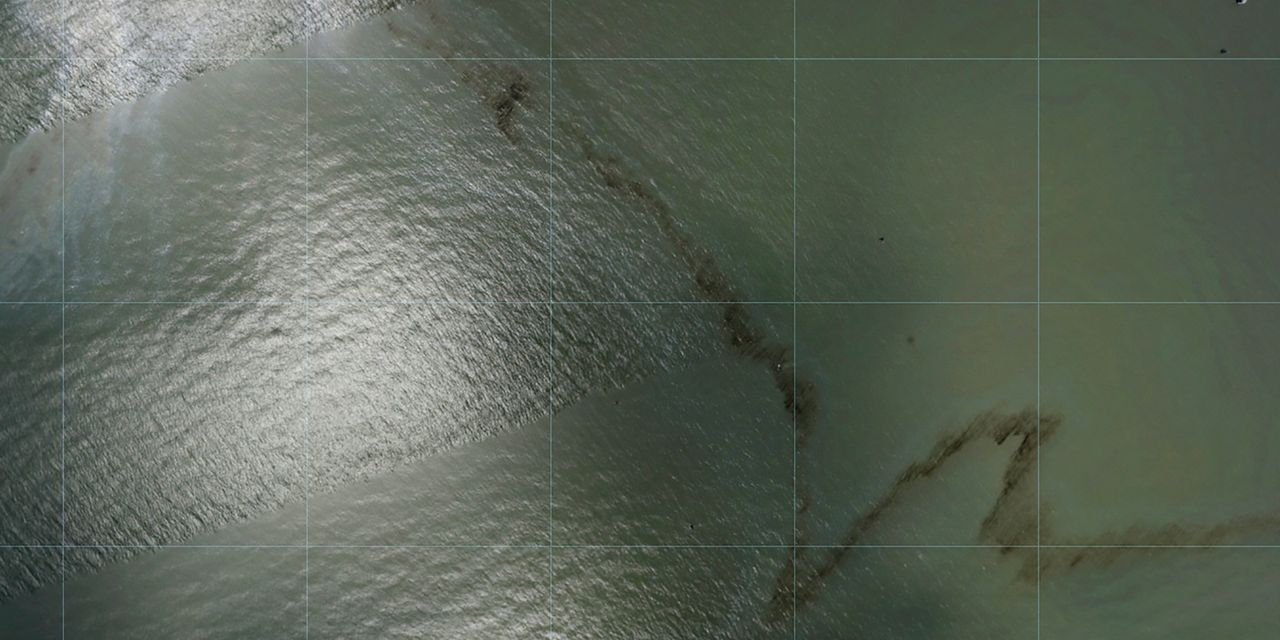 The U.S. Coast Guard said on Saturday that cleanup crews were responding to a large oil spill in the Gulf of Mexico following Hurricane Ida.

The spill, which is ongoing, appears to have originated from an underwater source in an offshore drilling concession about three kilometers south of Port Fourchon, Louisiana.

The reported location is near the site of a mile-long brown and black oil slick, visible in aerial photos first released by The Associated Press on Wednesday.

So far, the growing oil slick appears to have stayed offshore and has not impacted the Louisiana coastline.

Coast Guard spokesman Lt. John Edwards said the source of the pollution is located at Bay Marchand, Block 4, and is believed to be crude oil from an undersea pipeline owned by Talos Energy.

Brian L. Grove, spokesperson for the Houston-based energy company, said it had hired Clean Gulf Associates to respond to the spill, although the company does not believe it is responsible for the oil in the water. .

Clean Gulf Associates, a non-profit oil spill response cooperative that works with the energy exploration and production industry, responded to the scene on Wednesday.

Its workers have placed a containment dam in the area to mitigate the spread of the oil. The company’s ships also use skimmers that can extract oil from the water, although the Coast Guard said only about 42 gallons (about 160 liters) have been removed so far.

Talos is investigating the cause of the leak, but a statement provided by Grove says observations on the ground indicate company assets are not the source. Talos previously leased Bay Marchand, Block 5, but ceased production there in 2017, plugged its wells, and removed all pipeline infrastructure by 2019.

Talos said two 95-foot (29-meter) response vessels were dispatched to the scene to conduct oil recovery operations. A lift boat equipped to conduct diving operations has also been mobilized and is expected to arrive on Saturday to help determine the source of the spill.

“Talos will continue to work closely with the US Coast Guard and other state and federal agencies to identify the source of the release and coordinate a successful response,” the company statement said. “The main priorities of the company are the safety of all personnel and the protection of the public and the environment.