Daqo New Energy (NYSE:DQ – Get Rating) last reported quarterly earnings data on Thursday, April 21. The semiconductor company reported EPS of $6.99 for the quarter, beating analyst consensus estimates of $6.29 by $0.70. The company posted revenue of $1.28 billion in the quarter, versus a consensus estimate of $1.15 billion. Daqo New Energy achieved a return on equity of 50.40% and a net margin of 44.72%. During the same period a year earlier, the company posted earnings per share of $1.08. Analysts expect Daqo New Energy to post EPS of 22.63 for the current year.

Daqo New Energy Corp., together with its subsidiaries, manufactures and sells polysilicon to photovoltaic manufacturers in the People’s Republic of China. Its products are used in ingots, wafers, cells and modules for solar energy solutions. The company was previously known as Mega Stand International Limited and changed its name to Daqo New Energy Corp. 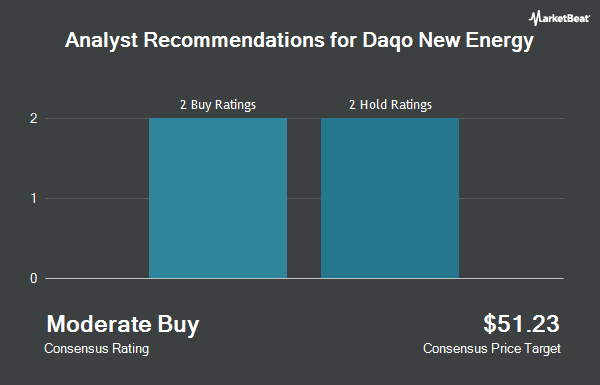