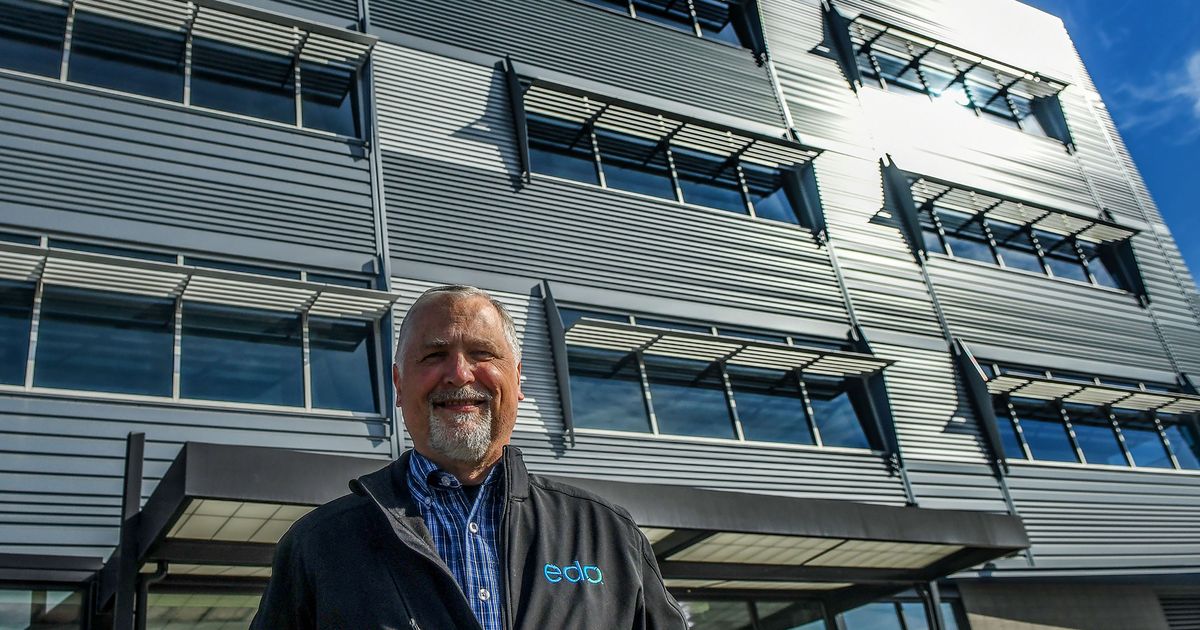 The former CEO of Avista Corp. Scott Morris’s vision was to create the five “smartest” blocks in the world, where buildings communicate digitally in real time to manage demand, production and storage of electricity within the power grid.

The founding of Morris’s vision was made last year after the completion of the Catalyst Building and the Scott Morris Center for Energy Innovation in the University District. The structures are the first in the South Landing eco-district to demonstrate a shared energy model.

Today, the leaders of Avista and McKinstry – the two companies behind the development of the South Landing eco-district – launched Edo, a startup that harnesses technology to help utilities and businesses to create efficient and interactive buildings with the network.

“Our mission at Edo is to enable many utilities to do this type of work,” said Hendrik Van Hemert, CEO of Edo. “We work with utilities across the country to bring these types of solutions to their end customers. A building that becomes interactive with the grid is a very important part of a low-carbon, reliable and profitable energy system.

The network’s efficient and interactive building technology allows operators to move electrical loads between buildings as needed. For example, a building equipped with solar panels can generate electricity when renewables are plentiful and transfer that energy to another building on the grid based on demand.

“As our grid continues to decarbonize and buildings continue to increase their efficiency and add solar power and rooftop storage, we really need to think about how this all works together so that everything the type of energy system works effectively and efficiently, ”Van Hemert said. . “Ultimately and cost effectively, how can we get more renewables on the grid without increasing costs and increasing reliability issues? “

Although the Edo idea started with the development of the Catalyst Building, the startup began to ramp up its operations and was publicly launched earlier this year, Van Hemert said.

Edo is an independent company with investments from Avista and McKinstry.

“We’ve been a bit of a silent mode for the past nine months as we have been building a team, as well as our tools and support,” said Van Hemert. “We thought the time was right to launch publicly because we have a team of around 40 people and we are really starting to develop a lot of projects across the country and demonstrate our ability.”

Edo has teams based in Seattle, Denver and the South Landing eco-district in Spokane, Van Hemert said.

The startup is working on projects in nearly a dozen states, although South Landing is its most unique and innovative project, Van Hemert added.

Edo uses the Scott Morris Center for Energy Innovation as a “living laboratory” to collaborate, conduct research and test ideas to optimize energy use. The Scott Morris Center has a power plant that powers the Catalyst Building. It also houses the production of renewable energy and thermal and electrical storage.

“What we’re trying to learn at South Landing is how do we communicate between these three or four buildings that we’re going to have there,” Johnson said. “If we can learn to make the energy profiles of these buildings work together, we can apply it to other commercial buildings and start creating a more coordinated segment of commercial buildings that will use less energy and ultimately be flexible in terms of energy. network.

Edo is working with Avista on a pilot program and discussing the potential of network buildings shared with other state utilities, Johnson said.

“But at the national level, we believe that once we have a little more learning behind us, it will be an exciting possible tool that others can consider and use,” he said. “We are excited about the potential. “

Despite the recent decline of Websol Energy System Limited, insiders made a profit of around 2.1 million yen after buying earlier this year.