Former Chief Minister Michael Gunner has announced he will take on a new role as head of the northern office of billionaire Andrew ‘Twiggy’ Forrest’s renewable energy company, despite what the Environment Center NT called “the Mr Gunner’s ‘legacy of climate destruction projects’ across the Northern Territory during his time as leader.

Mr Gunner made the announcement on social media over the weekend, including numerous photos from an exclusive Northwest Territories News photo shoot with his two children to accompany his announcement, saying he was taking the job at Fortescue Future Industries to improve climate outcomes, “make a meaningful contribution to the world” and do it “for [his] kids”.

“And if I can also make a meaningful contribution to the world, do my part to make it better – for them – then I know I’m not wasting that time when I’m away from them,” he said.

“I think this new work does that.

“I also want my sons to see me fulfilled and passionate about my work.”

Mr Gunner had previously called himself the ‘Chief Minister for Children’ during his nearly six-year tenure as head of the NT, once pledging in a statement ‘to put children at the center of our grip decision-making, because we want a better future for our children”.

He follows fellow former chief minister Adam Giles in jumping on the ‘green energy’ bandwagon, as Mr Giles was named last June the ‘chairman-elect’ of Verdant Earth Technologies – a small energy group which signed a non-binding agreement with Darwin port owner Landbridge Group to further explore the joint development of a proposed $300 million hydrogen project at the port that would see green power exported from the NT to Asia.

Mr Gunner said his new role at FFI would see him focus on creating renewable energy jobs in the Northern Territories and northern Western Australia, which would drive “economy building projects that change the world”.

“We must bring the same urgency to the climate change race to true zero as we have with the global COVID pandemic,” he said.

He will take office in November, in accordance with ministerial guidelines which prohibit a former minister from taking up duties related to any of his previous portfolios for six months. 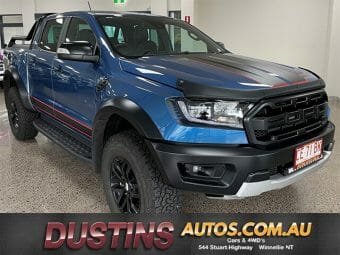 Mr Forrest said Mr Gunner was the right person for the job.

“We see huge potential in the Northern Territory, with abundant wind and solar power, and a community keen to embrace renewable energy and the job-intensive industries that come with it,” he said.

“It’s people like Michael Gunner who will help us make our ambitions a reality.”

Before stepping down as chief minister in May, Mr Gunner had pushed a petrochemical zone in Middle Arm which the current Fyles government is continuing to pursue, which would see the manufacture of products like plastics and paint, and a first EA reported it as contributing to possible health problems for Territorians who live nearby.

Environment Center NT co-director Kirsty Howie said the center congratulates Mr Gunner on his new role and “finally sees the light on climate,” Territorians can’t “forget the devastating legacy of the projects of destruction of the climate” that he left during his tenure as Chief Minister. .

“No one has pushed harder for the development of new fossil fuels in the territory than Mr. Gunner,” she said.

“Mr Gunner has ignited the carbon bomb of fracking the Beetaloo Basin, which could increase Australia’s greenhouse gas emissions by up to 22%.

Mr Gunner resigned as Chief Minister in May and MP for Fannie Bay in July, saying he wanted to spend more time with his young family, and as he was under investigation from the ICAC for at least two publicly known issues; one involving alleged campaign trips and the other involving allegations of political interference in the murder charge of Constable Zachary Rolfe in the 2019 shooting death of Kumanjayi Walker.

Mr Gunner was paid around $80,000 after leaving office under government-approved pay packages for retired politicians.