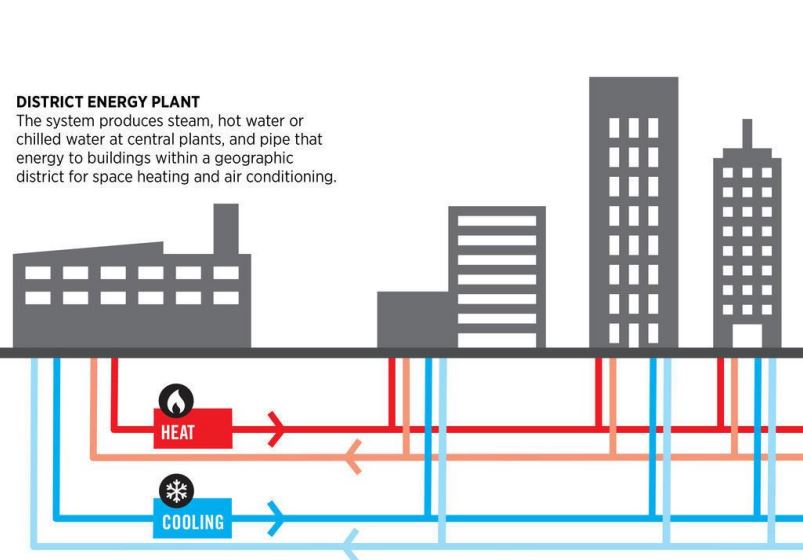 SAINT JOHN – The city is working with two companies to explore the idea of â€‹â€‹a large-scale district energy system project.

Jamie Stephen of Ottawa-based TorchLight Bioresources presented the concept of a district energy system at the Joint Council meeting on Monday.

â€œDistrict energy is basically having a central source of heat or cooling, and distributing that energy through hot or cold water pipes through multiple buildings,â€ Stephen said.

â€œThink about it instead of everyone having their own water supply system, well and septic tank, we have centralized water and wastewater treatment. “

â€œSo in the form of district energy, instead of each building having its own oven or boiler, there is a central boiler that feeds multiple buildings that distribute that energy,â€ Stephen added.

TorchLight, in partnership with and Rathco ENG, plans to seek funding from Natural Resources Canada to conduct a feasibility study for a district energy system project using local renewable energy and the biothermal heat from Irving Pulp and Paper industrial waste. .

The study would focus on the design of a hot water heating network for the central-south peninsula, including the city center.

The feasibility study will consist of five main components:

The Communal Council agreed to provide a letter of support to Natural Resources Canada to fund the proposed study.