The national electricity company is moving ahead with plans to erect massive pylons for a high-voltage cable that will cross the first park ever established in Israel by the Jewish National Fund KKL-JNF and will require the felling of hundreds of trees, some of them more than 100 years old.

Hulda Forest, about ten kilometers (six miles) southeast of the city of Rehovot in central Israel, was planted in 1907 to commemorate Theodor Herzl, the founder of political Zionism, who died three years earlier .

Covering about 200 dunams (50 acres) and visited by some 300,000 to 400,000 people a year, it was the first forestry center in the country. It includes an old house named after Herzl (although he never lived there), recreation areas, memorials, and a hiking trail.

In the 1980s, planners set aside a corridor for power infrastructure, and in the 1990s, after a national master plan was approved in 1991, pylons carrying a high voltage line were installed there – three in forest, at least six along Shaham stream and others in open areas.

Now the Israel Electricity Company (IEC) wants to build a second high-voltage cable, as well as a new set of pylons, parallel to the old ones, to help it meet the country’s growing electricity demand. and to bring renewable energy produced in southern Israel. to the densely populated central region.

The KKL and the regional council both want the cable to be buried and/or relocated on Route 6, the Cross Israel Highway, just a few miles away.

A section of olive grove has been cleared for a new pylon to carry a high voltage electric cable. (Courtesy of Gezer Regional Council)

The two power stations that will be linked by the new cable, Gezer and Tsafit, are also next to Route 6.

In addition, the trees along the highway are much younger than those in the park, therefore easier to replace.

Rotem Yadlin, who heads the Gezer regional council, which includes mostly kibbutzim, moshavim and other small communities, has been struggling for two and a half years to change location.

Just over a month ago, after the IEC moved in with equipment, without telling the board, it appealed to the Central District Court in Lod but lost. The court ruled that the plan met all “bureaucratic” requirements and construction could continue. 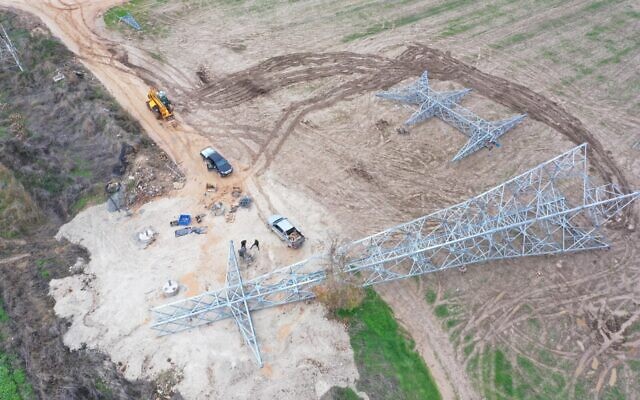 Part of a wheat field has already been cleared for a new pylon to carry a high voltage electric cable. (Courtesy of Gezer Regional Council)

Sections of farmland to the north and south of the forest have already been cleared for the placement of pylons, although the pylons have yet to be erected.

“The national infrastructure committee hasn’t decided exactly where the cable will go yet, but the IEC is creating facts on the ground,” Yadlin told The Times of Israel, asking rhetorically when the courts would intervene on the side of Israel. environment.

Neither the National Infrastructure Planning Committee (known by its Hebrew acronym, Vattal), nor the IEC nor the Ministry of Energy consulted the council at any time, she said. 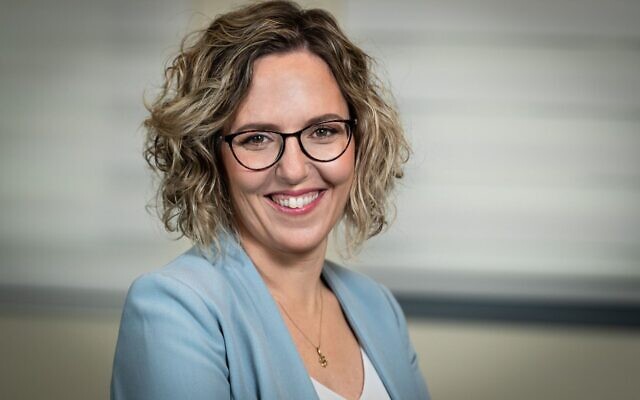 “Every request I’ve made – whether to bury the cables, put them along Route 6, or even make the pylons less ugly – has been turned down,” she said.

Yadlin cited the introduction of the new National Power Infrastructure Master Plan (NOP 41), which must be approved by the government, which calls for different types of infrastructure to be combined in one place wherever possible to avoid d damage open areas.

The introduction notes the importance of “the preservation and maintenance of landscapes, culture and heritage values, agriculture, environment and appearance, a continuum of spaces open spaces, biodiversity and natural ecosystems and their essential services to humanity’, as well as access to nature for recreation, education and tourism.

“There are words and there is reality,” Yadlin said. “I would expect innovative thinking from Startup Nation. But here they are working according to a plan that was approved 35 years ago. The planning is old fashioned and does not take into account the open space. They just go for the simpler option without any understanding of aesthetics.

It is understood that the project will likely require the felling of some 300 to 400 trees, over 12 dunams (three acres). 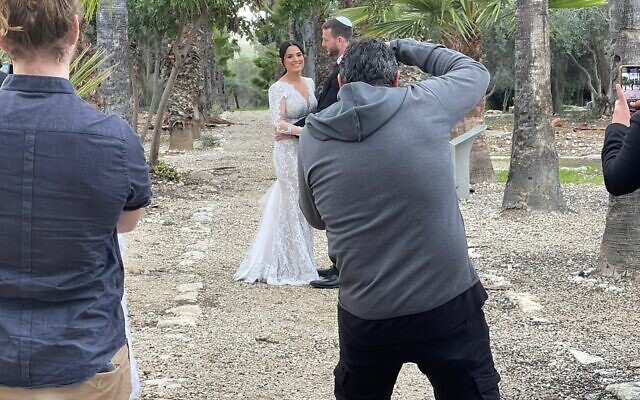 Hulda Park is a popular spot for couples to have their photos taken before their wedding. (Gilad Mastai)

Gilad Mastai, director of plains and coast of Shfela region at KKL, said he had not only presented his opposition to the plan, but would inform the senior forestry official of the Ministry of Agriculture that he would oppose the uprooting of trees.

“Just look at this whole area of ​​vineyards, orchards and agricultural fields. It is covered with pylons and poles for lighting, telephones, cellular networks, electricity. Has anyone asked why we need so many publications? »

He added that a second high voltage cable would interfere with a major KKL project to improve the forest.

“It’s terrible to destroy a small park like this. These cables create noise and radiation and people won’t want to come anymore,” Mastai said.

The Department of Energy said placing the new line next to the existing one meets the requirements of National Outline Plan 41 by using an existing area zoned for electrical infrastructure, rather than developing a new one.

“The Department of Energy has conducted several roadside tours in conjunction with interested parties,” a spokeswoman said. “Moving the line to another location would likely harm other stakeholders.”

A statement from the Central Region District Planning and Building Committee said it was still “considering the best option for laying the final section of the alignment”.

A spokeswoman for the IEC said: “Prior to the implementation of plans on the ground, all work was coordinated with landowners and council, including a letter to the head of council in July 2021.”

She added that “all options have been considered from an environmental perspective”.