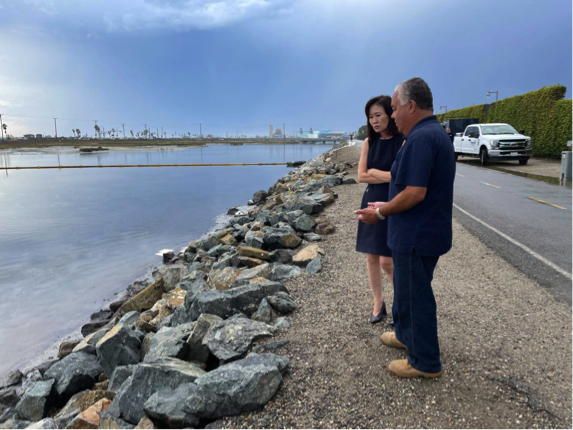 Two weeks ago, approximately 130,000 gallonss of oil spilled on the southern coast of California. Since that disastrous event, Representative Michelle Steel has taken proactive steps to stand up to Congress and President Biden to help our California community and take action to prevent future oil spills.

Not only did the oil spill destroy wildlife and the coast, but it also revealed something more concerning: energy inefficiency. A low pressure alarm went off at 2:30 a.m. on October 2, but Amplify Energy Company / Beta Offshore did not shut off the pipe until 6:01 a.m. It took Amplify three additional hours to report the spill to the National Response Center. . There is no reason for it to take three hours to detect a broken pipe and report it to our coast guard. Amplify Energy has spent the past three years providing training for a spill, but its inadequate emergency response demonstrates the inefficiency of our energy services.

Since this environmental disaster struck earlier this month, Representative Steel has remained at the forefront of California politics, demanding responses from Amplify Energy and seeking relief from the federal government.

Steel further reached out to President Biden to call for a federal investigation against Amplify Energy to see if they had violated their congressional emergency response programs and notification services. Steel urges the President and the Federal Government to take note of the recent tragedy and hold Amplify and everyone involved in the recent oil spill responsible for the damage and prevent a similar incident from happening again in the future.

To prevent another oil spill, the Representative issued a statement on October 14 calling on the The National Oceanic and Atmospheric Administration (NOAA) and the U.S. Coast Guard are reviewing nautical charts near pipelines off OC’s coast and making sure these charts remain accurate to prevent future spills.

Sarah Evleth is a resident of Huntington Beach, California. Sarah recently graduated from UC Riverside with a degree in Political Science and Public Service. She is currently pursuing her Doctor of Laws degree at the Maurice A. Deane Faculty of Law, Hofstra University.

The opinions expressed in community opinion pieces are the property of the authors and not of Voice of OC.

Voice of OC wants to hear different perspectives and voices. If you would like to comment on this or other issues, please send an email to [email protected]

Subscribe today to receive last-minute Voice of OC text messages (free over and above your standard messaging rates).