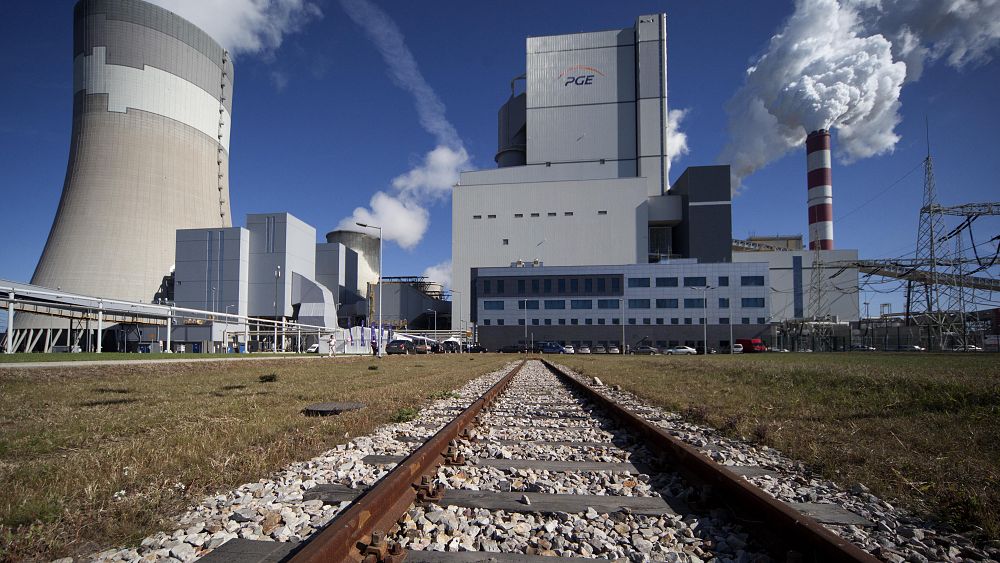 Piotr Kuczera, mayor of Rybnik, a town in the Silesian region, has been implementing “green changes” for years and emphasizes that local authorities cannot manage them alone, they need help. Their action plan is divided into three parts:

The latter is mostly for the anti-smog resolution.

Kuczera expects “European and government funds to be included in this process of economic transformation”.

Poland also burns 87 percent of the total coal used by households in the European Union.

The price of the energy transition

Henrietta Ferenc is 72 years old and retired. She lives alone and is also ill. She would like to live in a healthy environment. For now, she still uses coal to heat her house, but she took out a loan to change her heating system to meet the new “green rules”.

She explains that she has 533 euros per month to pay for everything and that she is worried and aware that fuel is becoming more and more expensive. According to Henrietta, it’s € 222 a ton and she needs that amount to survive each month.

With her medicine to pay, the ton of fuel she needs to heat her house, and the loan, she tells us that her pension is not enough.

In Poland, many people like Henrietta cannot afford the green changes. Polish miners, who want to keep the industry alive, argue that a too rapid drop in coal could cause an energy crisis.

Rafał Jedwabny of the Solidarność miners’ union is worried that “this winter may already show that a Poland without coal does not have many alternatives”.

He thinks it’s because Poland is not yet prepared for such drastic changes in the energy system. “Today gas prices show that the Poles simply cannot afford energy,” he adds.

One foot in, one foot out

Despite the “green” changes being implemented, the Silesian region and the country are not yet fully prepared for the closure of the mines. However, the deputy minister of the climate ministry, Ireneusz Zyska, promises that the green transformation in Poland will work, but foresees stability challenges without coal.

He argues that the country “may have to accept some coal-based energy and use advanced technologies so as not to emit pollutants into the environment when using it until Poland transforms its system. nuclear energy by using gas as a transition technology ”.

Last year, Polish mines produced around 7.2 million tons of hard coal in less than a year and sales of this raw material fell by around 5.4 million tons year on year. other. Production fell by almost 12% and sales by more than 9%.

However, despite these declines, the coal industry has a stable position in Poland and generates jobs for many Poles especially in areas like Silesia where there are few alternatives.